A look at the the numbers- Culver City

According to the MLS, the number of single family residential “SFR” sales in May was 15, with 9 over the asking price. In May of 2014, 17 SFR’s sold with 13 selling for over asking. The sales volume is down slightly with sellers being a little more aggressive with the list price compared to May 2014, in which over 75% of the homes sold for over the asking price. 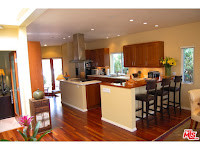 Crazy sale of the month- 3330 Cattaragus– This 3+2, 1,590 sq. ft. Spanish home on a 4,797 sq. ft. lot was listed at only $999,000 to create a ton of initial interest. The listing agent also asked for highest and best right off the bat with no counters. They received quite a few offers with the winning bid coming in all-cash at $1.3M, with no appraisal contingency. The house has an open floor plan with a chef’s kitchen, hardwood floors and a garage converted into a living space.