Expo line extension to Santa Monca will open May 20th!

This is great news for those that frequent downtown LA and live on the Westside. However, the delays to already snarled north/south traffic on major streets where the train crosses will be difficult for commuters to stomach. We have already heard quite a few complaints about the impact on traffic during the current testing phase. 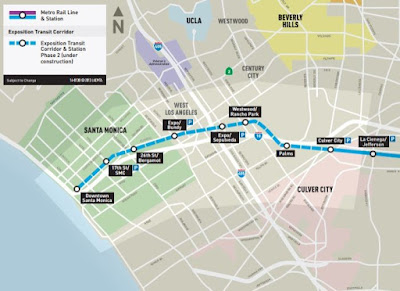