Notes On A Realtor’s Scorecard

Summer Dull-drums: Despite record low interest rates, the activity level the past three weeks has been slow across the board. We are seeing more movement on the lower end, but not nearly at the pace of the spring. The market between 1.25M and 2.75M has come to a screeching halt with open house attendance very low unless the home is priced to move. Even then, buyers are not in a rush. Hopefully a majority of the market has been on vacation and will jump back in soon.

Most high-end neighborhoods (Brentwood, Bel-Air, North Santa Monica, Pacific Palisades, Silver Strand Marina Del Rey) have rolled back to 2004 pricing levels unless the home is in great condition and then it might nudge up to 2005 levels, but that seems to be the exception. 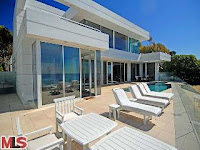 The house is 5,800-square-feet with five bedrooms, a gym, screening room and deck with a pool.

The Baron has landed: Word has hit the street that my former high school teammate and Clipper star point guard Baron Davis has bought an estate on Chautauqua in the Palisades. The 5 bed/4.5 bath home sold for around six million (listed for 8.750 in March per the MLS) and is just over 5,400 sq. ft. and sits on a ½ acre lot. It is a very traditional home in excellent condition with great views and a pool. . .hopefully the new digs and a new b-ball coach will coincide with Baron having a great year leading the Clips to the playoffs!

The Wealthy recovering in Los Angeles…but not at the pace of New Yorkers: While New York City’s millionaires seem to have recovered from the recession that began in 2007, in Los Angeles, the ranks of millionaires are still down from pre-recession levels.

In New York City, the rise in the number of millionaires in 2009 was enough to make up for the losses the year before — bringing the total number of millionaires in the city up to 667,200.
Capgemini, a French consulting firm, calculated the number of individuals with a net worth of over $1 million, excluding real estate, in the 10 largest metropolitan areas in the United States. Most of the gains for the rich are attributed to the climb in the stock markets.

National news… Pending home sales dip 2.2%: Home purchase contracts dipped 2.6% from May to June as fewer shoppers appeared to be in the market after expiration of federal tax incentives for buyers.

The National Assn. of Realtors’ pending home-sales index, a forward-looking indicator based on contracts signed for previously owned homes, fell to a level of 75.7 in June from an upwardly revised 77.7 level in May. The index stood at 93.0 in June 2009. An index of 100 is equal to the average level of contract activity during 2001, which was both the first year that the group began tracking the data as well as the first of five straight years of record increases for sales of previously owned homes. 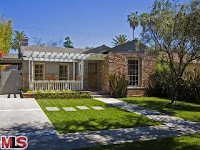 What $2 Million can get you North of Montana in Santa Monica: 423 15th street sold for $2M after being listed for 2.395 in April. The 3+2.75, 2,262 sq ft house on a 7,500 sq ft lot has been modernized and updated with hardwood floors thru-out, fireplace, built in entertainment center in the family room and a kitchen with white marble counters, stainless steel cabinets and top of the line appliances. The house was bought for $2,365,000 toward the end of 2008. This is about a 15% decline from when it was purchased and probably about a 20-22% decline from its height in 2007.