The best way to track value: A look at recent re-sales in SM and the Palisades

Though we have seen an uptick in the market as of late due to the factors mentioned in a previous post we still have seen quite a bit of price erosion. One of the best ways to look at value in certain market segments is to look at homes that have sold twice in the past 7 years that are in similar condition. Here are some great examples from the Pacific Palisades and North Santa Monica markets: 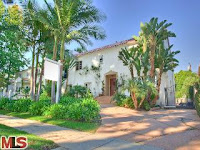 or $2.3905M after debuting on the market for $2.745M in February of this year with a different broker. Unfortunately for the seller the home seemed to fall out of escrow on two different times before finally settling on a buyer. This leads us to believe that the home may have had some type of inspection issue pop up. The home is updated and light/bright. It features a pool/spa and was a good buy at this price. The home was sold in 2009 for $2.650M.

On the upswing- 458 Toyopa, Pacific Palisades– sells for more than 2010 purchase price- This 6 bed/9 bath, 9K sq. ft. house on a 24,742 sq. ft. lot (home sq. ft. not reported) built in 2008 featuring many high end amenities including huge master with his/her’s baths, pool, spa and putting green recently sold for $9.8 Million after being on the market for 161 days. The house was sold in 2010 for $8,750,000 resulting in over a 10% increase in sales price. Even after brokerage fees not a bad return for a 1 year investment in a bad economy. Further proof that inventory is not great on the Westside and we have seen prices increase for properties of this nature. 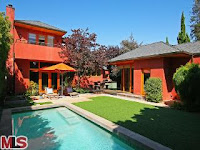 osed to the whole market? It was pretty difficult to set up a showing and a little surprised they would take a $250K reduction and go into escrow after only being on the market for 11 days. However the list price was high and the reduction in purchase price may have taken the place of repairs that are needed.
This is a 4 bed/4 bath, remodeled architectural style home that is 2,848 sq. ft. on a 8,851 sq. ft. lot with a pool and Gourmet kitchen. It was purchased in April of 2008 for $2.9M. 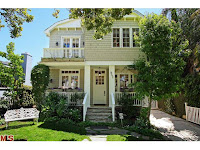 functions as a micro market. On one hand you have a house in the Marquez Knolls dropping below its 2004 price point but this house in the alphabet street is still holding its value about its late 2004 purchase price. This 4 bed/3 bath home on a 5,200 sq. ft. lot (sq. ft. of house not reported) was on the market for just 13 days and sold in late August for $2.120M above its $1.965M purchase in price in November of 2004.