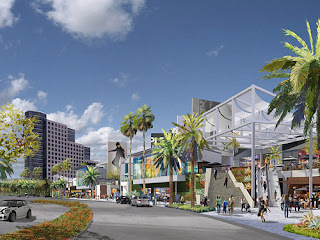 Westchester and Playa Del Rey residents received some welcome news when the new owner of the Howard Hughes Center announced they would be spending $30 million dollars to upgrade the facility. With Playa Vista continuing to grow with a new Cineplex, restaurants and a Whole foods, the close access to these amenities will continue to fuel the surge in popularity with young families that Westchester has been experiencing over the past four years. 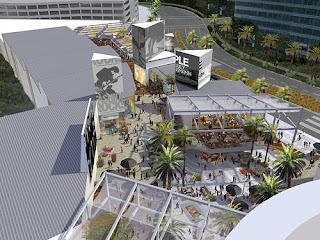 The large-scale overhaul will be designed by Jerde Partnership (which designed Universal CityWalk and the open-air renovation of Santa Monica Place) and aimed at creating smoother entries into the compound for walkers, like a new crossing planned for Center Drive. Meanwhile, the courtyard across from the Cinemark Theaters will become the “center” of the complex and get a new outdoor film screening area and a fire pit. By Laurus’s estimates, Howard Hughes Center “will soon hold nearly 3,200 new multifamily units,” including the luxury Altitude apartments, “and more than 1.3 million square feet of office space.” That’s a lot of potential shoppers. Renovations are supposed to begin immediately.