EXTREMELY IMPORTANT: THE NEW BASELINE MANSIONIZATION PROPOSAL “BMO” AND PROPOSED NEW SING-FAMILY ZONE OPTIONS FEELS LIKE AN OVER-REACTION TO OVERZEALOUS DEVELOPERS AND UNFAIR TO HOME OWNERS…YOU MUST VOICE YOUR OPINION!!

The Planning Department is working on two separate, but related, programs to address concerns about the size of houses in the City’s single-family (R1) neighborhoods: (1) amending the Citywide ordinances (BMO and BHO) that regulate the development of single-family homes, and (2) adopting new single-family zone options that will be applied to neighborhoods currently subject to Interim Control Ordinances (ICOs).

As a resident of Mar Vista, I despise the big, unimaginative cookie-cutter boxes erected all over Los Angeles, especially those with roof-top decks that take away the privacy of neighbors in smaller homes. I hear and agree with these valid complaints and changes need to be made! At the same time, what is currently being proposed, especially for the new single-family zone option for Mar Vista/East Venice and Kentwood (Westchester) is extremely restrictive and irrational.

As a realtor I must disclose that I occasionally work with developers. However, I have NOT been happy with their aggressive push on maxing square footage and using un-imaginative structures to increase profit margins. Unfortunately, this has created the uproar against “McMansions” and the people who are ultimately going to pay the price with highly restrictive square footage rules is the regular homeowner while also de-valuing the land they currently own. Many growing families will not be able to remodel as they intended when they purchased their home under the previous BMO ordinance.

The latest proposal for the Mar Vista/East Venice/Kentwood neighborhoods is extremely restrictive. Until a recent moratorium (ICO), homeowners/developers were allowed to build up to 50% of a lot size with a 20% and sometimes 25% allowable green building bonus. The ICO got rid of the green 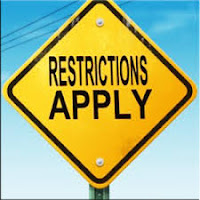 building bonus which was a reasonable response to the over-building. However, the loud voices of the anti-mansionization movement have frightened the City Council into making deeper cuts into the size of a house that can be built. The proposed new single-family zones for Mar Vista/East Venice and Kentwood would involve a zone change from R1-1 to R1V2 and would regulate floor area, depending on lot size, to between only 35% and 45%. Currently, if one owns a 7,001 sq. ft. lot in Mar Vista, they can build a 3,500 sq. ft. house. Under the new R1V2 proposal, they would only be able to build up to 41% of the lot size meaning the house can only be 2,870 sq. ft. This is almost a 20% reduction in size and that doesn’t take into account if you have an attached garage where 200 sq. ft. of that would eat into your overall square footage, further reducing your livable square footage to 2,670 sq. ft.!

To give you some perspective on the size of these cuts, see the table below which also takes into account the financial impact this would have on most families largest financial investment. Land value is paramount in Los Angeles and principles will pay less money for land in which less square footage can be built on.

*valuation is based on overall market knowledge and figuring the home is in very good condition. Current land value for a 7,001 sq. ft. lot is around $1.35M+ and will drop overnight if the proposal is passed.

I would also like to address what many homeowners in my neighborhood have expressed to me. They didn’t realize the severity of this proposal and frankly many of them are dual income families with children without the time or energy to show up to the public hearings about this topic.

Attached Garages: Since when would an area in which you park your car be counted against the
livable square footage? It is NOT fair to assume that everyone uses an attached garage as extra living space. Attached garages are essential for safety, especially when a spouse is a frequent business traveler. Attached garages allow for people to build a home that creates a larger backyard which is an essential component for maximizing California living and one’s own land value. I have yet to hear a rationale argument as to why an attached garage should be counted against the allowable floor area of a lot especially when non-attached garage square footage is considered exempt.

Caring for elderly parents/grandparents: People are living much longer. Even though society is having less kids then they did 20+ years ago, the size of families living together is INCREASING. Due to medical and health advancements, some households will have four living generations in them. “By 2025, as many as 25% of the U.S. population will be in multi-generational households and the demand for a different kind of residential property will accelerate over the next decade to meet this demand” (Strategic Advantage Real Estate newsletter). When you combine this with astronomically high rents forcing children to live at home longer than ever, does it really make sense to further restrict a homeowner in regards to what they can do with their property? Also, as a father and someone who grew up with five siblings, I have a serious problem with many of the proponents for the new proposal arbitrarily telling people they can make due in smaller houses. They don’t know the specific needs of a certain families that might require more space, etc. We all have different needs and that should be respected.

Why make the ugly boxes even more valuable?: By passing the proposed ordinance, it will have the unfortunate impact of making those unsightly/over-built shoe boxes even more valuable. They will never be torn down since the homeowner would have to build a significantly smaller house. Since these homes will not have any competition, their value will end up trading at premium prices…so the people with the homes that everyone loves to hate will be in an even better financial position.

Can we just meet in the middle? We need changes but they don’t need to be this dramatic. Why not a proposal that targets the problem areas, but is not an arbitrary reduction in allowable square feet, such as the following proposal:

*A 50% floor area ratio without any bonuses. The 45% proposed in the recent BMO is also too restrictive.

*Create a second floor ratio or an architectural requirement that takes away the boxy nature of larger homes. *Attached garages should NOT be counted against the floor area ratio.

*Roof-Top decks would not be allowed unless explicitly approved by neighbors that would be impacted.

FYI: Pacific Palisades residents have loudly voiced their opposition to this and those outside of the Coastal Zone will have an allowable floor area between 55% to 65%.

FILL OUT THE ZONING INPUT FORM: Provide your address and e-mail and answer three questions. Shouldn’t take more than two minutes unless you add extensive comments.

For more information check out the Neighborhood Conservation Update web-page.