Los Angeles emerges as the top city for US international investment 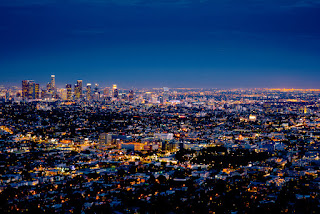 A recent survey has divulged that the greater Los Angeles area is the #1 locale in North America for world citizens seeking new property in 2017. The Los Angeles Times accentuates this real estate phenomenon in an article highlighting the allure of the City of Angels.  Additionally, Knight Frank’s “Wealth Report” of 2017, which offers a global perspective on wealth and investment opportunities and strategies, has ranked Los Angeles as #5 out of 40 cities with the most formidable urban power in the world. It is widely acknowledged among Los Angeles real estate insiders that the market has not yet reached its paramount potential.

While San Francisco was ranked number one in the first CBRE Global Investor Intentions Survey, Los Angeles has increasingly become a safe bet. “Los Angeles is a safe haven for investment these days,” says Dario Svidler of Partners Trust Commercial. “Jobs, desirability, stability and lack of home affordability combine to make Los Angeles a steady growth market with little to no downside.”

The 2017 global investor assessment maintains that office spaces are the preferred type of real estate to purchase, while warehouses and multifamily residential buildings come in as second and third. Those who participated in this international survey were insurance companies, sovereign wealth funds, operators of pension and investment fund managers.

It is likely that the price of real estate in Los Angeles will increase as does demand. Several momentous deals have occurred in the last year, including Douglas Emmett Inc. and the Qatar Investment Authority’s $1.3 billion purchase of four Westwood office buildings and Boston Properties Inc.’s $511 million acquisition of the Colorado Center office complex in Santa Monica. These transactions were two of the largest deals made in the U.S. this last year.

While Los Angeles’ Westside is the epicenter for global investments, Downtown LA is quickly becoming another popular area among U.S., Chinese, and Canadian developers. The building boom in Downtown is the biggest we have seen since the 1920’s with some commercial brokers a little concerned it might be overkill but with the demand for housing in Los Angeles at an all-time high, the explosion of units that will come available should be absorbed.

Furthermore, the “Wealth Report” highlights Hancock Park as one of five areas throughout the world with the greatest real estate value. Thus, the Los Angeles real estate market is rapidly gaining traction and garnering attention from all corners of the globe.

“L.A. has been waiting for this moment for a long time,” says Lew Horne, president of SoCal and Hawaii’s CBRE Group Inc.