Real estate articles worth checking out

The bank of Mom and Dad would rank as the seventh largest mortgage lender –  Parents and grandparents supported the nationwide purchase of $317 billion worth of property—1.2 million homes—last year

Millenials are finally buying homes – According to the latest data from the Census Bureau, the national homeownership rate rose in the fourth quarter to 64.8%, which is a four-year high.

Growth in home prices continues to slow in January  Nationally prices grew 4.4% year over year and .1% month over month

As sales volume plunges, LA home prices are inching up at the slowest rate in years – Year-over-year home sale prices are up 2% in LA County.

Rates for home loans were little changed near long-time lows, providing a little breathing room for would-be buyers even as policy makers are increasingly taking an interest in housing matters.

The 30-year fixed-rate mortgage averaged 4.35% in the February 28 week, mortgage guarantor Freddie Mac said Thursday. That was unchanged from the prior week and the lowest in a year. 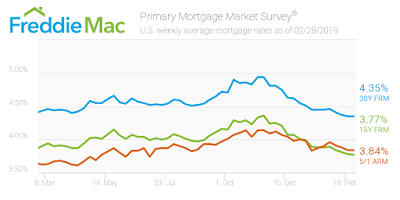 Mortgage rates have now fallen to their lowest level within the last 10 months, according to the latest Freddie Mac Primary Mortgage Market Survey. The 30-year fixed-rate mortgage averaged 4.41% for the week ending Feb. 7, 2019, moderately retreating from last week’s percentage. This is higher than last year’s rate of 4.32% at this time but not nearly as big of a gap as we were seeing two months ago when it was as much as 20%.

Prospective home-owners have applied for loans in droves as mortgage rates have declined over the past few months. Mortgage purchase applications hit the highest level since April 2010 according to the Mortgage Bankers Association. 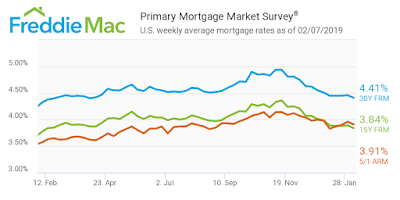 Articles for your Edification

Eight years and counting: Economy could set record with no sign of a recession in sight – meaning interest rates may rise more than anticipated 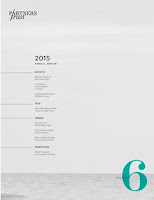 Check out how your neighborhood fared in 2015. The report covers the westside/South Bay/Pasadena/Malibu/Valley…both single family homes and condos…also includes insightful articles and predictions for 2016!

Notes on a Realtors Scorecard- Lots of rookie house flippers; Venice Blvd in Mar Vista about to permanently change; a look at some recent sales

– The Westside market is continuing its three year roll of trading at premium prices with multiple offer and above asking sales prices being the norm for over 50% of the properties on the market. We have seen a little slow-down in the upper high-end market ($5M ++) but much of that has to do with unrealistic list prices. The properties that are priced at or near the true market value are moving fairly quickly.

– We are noticing quite a few newcomers getting into the flipping business. The main companies we typically see purchasing re-model/tear down candidates are getting outbid on quite a few properties lately…and in some cases it isn’t even close. An example of this is 3154 Barry Avenue in Mar Vista. A great location with a great walk score on a 7K sq. ft. lot hit the market for $1.098M and sold in multiple offers for $1.350M. A few builders went up to about $1.2M but felt the profit margin would get too tight if you purchase it above that number. Hopefully history won’t repeat itself and the market dynamics are different, but the last time we saw this behavior was around 2006…

-Venice Boulevard in Mar Vista about to permanently lose car lanes: Venice Blvd. between Inglewood and Beethoven was named as one of the first Los Angeles roads that will be part of LA’s Great Streets program that takes away a lane of car traffic in each direction to create a protected bike lane and four mid-block crossings with their own signaling buttons. Locals wanted a more user friendly Venice Blvd. but the program doesn’t include much of a beautification plan which is needed if you want to attract more foot traffic from the higher-end areas of Mar Vista that are close-by. A more attractive Venice Blvd. would be great for the area, however, geographically speaking, LA seems like a pretty spread out place without nearly enough mass transit to start taking away lanes of traffic in already heavily congested areas. It will be interesting to see how this works out…Please check out an article about this along with graphics via CurbedLA: Part of Venice Blvd. will be getting more hospitable to non-drivers

– A quick look at some recent condo sales in Santa Monica: 923 20th Street #2 has not officially sold but it immediately went into escrow one day after the first public open house. It was listed at $1.529M ($1,149 sq. ft.) but rumor is it sold above that number…it seems like yesterday people thought it was crazy to pay $1,000 a sq. ft. for a home north of Montana. The 1,330 sq. ft. 2 bed/3 bath Spanish Colonial built in 2006 has tons of charm and character but a very small 2nd bedroom. 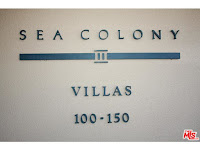 – The foreclosure saga of Sea Ridge’s 1948 Palisades Drive (Pacific Palisades) comes to an end: This rare foreclosure (bought in2006 for $1.4M) was hit with massive sewer and drainage issues that destroyed most of the integrity of the home and annoyed realtors as clients would call thinking they could get a great deal on the condo not knowing that has to be completely remodeled as previous listings of the property were vague when it came to explaining the horrible condition. After a saga lasting over four years, it finally sold through bankruptcy court in an all-cash deal for $1.180M, $280K over the $900K list price. Despite going for $200K over the list price it is not a bad deal for a 3,000 sq. ft townhouse in one of the most coveted complexes in the Palisades.

The cost of homeownership adds up in California

A recent report on the hidden costs of homeownership by Zillow and Thumbtack analyzes costs often overlooked by homebuyers, such as property taxes, homeowners insurance and utilities and the most common homeowner maintenance expenses, which are house cleaning, gardening/lawn mower, landscaping, carpet cleaning; and specific regional costs like air conditioner maintenance, gutter cleaning and pest removal.

These “hidden” homeownership costs add up to a national average of $9,477 per year. Los Angeles has a higher average at $11,333 and San Francisco checks in at a robust $13,287 (second highest in the nation behind Boston, MA). The reason Los Angeles is above the national average is mainly due to California’s high cost of living. Things are just more expensive in California, including the cost of domestic labor, which is included under common homeowner maintenance expenses cited in the report. Ultimately, California’s pleasant climate and bountiful opportunities come with a price.

Homebuyers shouldn’t necessarily be scared away by the higher level of homeownership costs in California — not all homeowners hire a cleaner or gardener, as this analysis assumes. But there are definitely some extra costs new homeowners need to keep on their radar. Also, it is important to remember the occasional maintenance expenses that can come out of nowhere and end up costing more than a homeowner imagined. Therefore, homeowners should always set aside savings for big expenses that come along every few years. A few examples are roof repair and replacement; termite damage; water damage; mildew removal; paint/sealing (especially exposed wood) and appliance repair and replacement.

Average fixed mortgage rates remained near their highest level of the year with the 30-year fixed-rate mortgage (FRM) averaging 3.87% with an average 0.6 point for the week ending June 4, 2015, unchanged from last week. 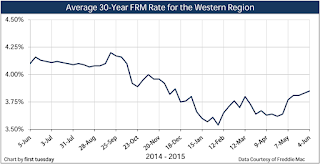