Usually when one picks up the LA Times and reads about a fledgling housing market or tunes to the business networks on TV and sees signs of national distress, they naturally believe a buyer in this market would have all of the leverage. Unfortunately for buyers searching for phenomenal deals on the Westside and Manhattan Beach deals are extremely hard to come by thanks to a severe lack of inventory. 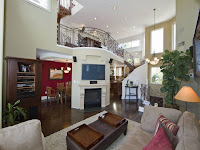 Westside prices which in our estimation are higher than they should in the grand scheme of things have stabilized and even gone up in some areas this year. Our recent Townhouse listing at 2922 Montana Ave. Unit B recently sold in three weeks for $1.1M, 70K higher than a similar unit in the building sold four months prior. Though we would love to take all of the credit for the uptick as the agent (will take some along with the stellar job of staging by our client), the reality is we were helped by the fact that we did not have much competition for a stylish unit in a great location.

In the 90402 zip there are only 15 new listings since March 1st. Of those, 3 are already in escrow. Areas like Mar Vista have seen 30% of new listings sell within 20 days of coming on the market and we can give you individual examples of clients recently losing out in multiple offer situations to bids that appeared to be above market. Multiple offer situations have been feverishly popping up in all price ranges as long as the property is priced at market.

This has been frustrating many buyers who have recently moved to the area or have been waiting for an opportunity to buy prime real estate. It doesn’t make logical sense in comparison to the economy as a whole and here are the reasons as to why this is happening.

Massive amount of purchases during the bubble peak: Most high priced areas like the Westside and Manhattan Beach saw historical sales volume between 2004 and 2007, at or near the top of the peak. Many of these purchases were done with less than 20% down (many at 5-10% even in the jumbo markets) and buyers were turning around and refinancing if prices trended upward after they bought. These purchasers now owe quite a bit more than the home is worth and are simply not in position where they can afford to sell. They also refinanced at historically low rates and if they are in a similar position from a job standpoint they are simply stuck and “hanging on” until a significant jump in the market happens. Short sales and foreclosures are happening but only with people in dire financial straits and many on the Westside tend to have jobs or family money to help them. Speaking of foreclosures and short sales…

Shadow inventory has not appeared: Bank owned homes and short sales have been slow to hit prominent markets like the Westside. Banks are incentivized to slowly release high priced assets. Until they lose a loan valued at $2.5M, the banks can report it as an asset at that value even though it may only be worth $1.8M. Once that asset sells for $1.8M, the bank not only loses a $2.5M asset but also reports a loss of $700K. Legislation slowing down foreclosures in California has also hurt this pipeline. I am currently working on one short sale where the seller has been in default for over 15 months and we have yet to reach an auction date. The short sale process has also contributed to this mess with some taking over a year to close from beginning to end. Expect the shadow inventory to continue to hit the market at a snail’s pace.

Buyers are anxious: Due to the lack of opportunity for purchasers cited above the leverage they enjoyed in 2009 and the first part of 2010 is dissipating for now. Many purchasers have been waiting for the right opportunity to buy on the Westside and feel now is the time with interest rates at or near record lows with the looming threat of rates going higher as the economy seems to recover.

When you couple this mentality with a strong pool of international buyers (most notably all cash buyers China and Europe taking advantage of the weak dollar) and tech companies like Google and Facebook strategically opening offices on the Westside, you end up with a strong pool of purchasers competing for a limited product causing quite a bit of frustration.

Another factor pushing buyers valued in the $800K-$1M range is the conforming loan rate of $729,500 is expiring October 1st and being replaced by a rate limit of only $625,000. Loans above $625K will be a a higher rate and that $100K+ difference will definitely impact the market and what one can afford to buy.

For now, purchasers have to understand what they are dealing with due to the circumstances above. The days of trying to “steal” a property have been suspended for the time being and replaced with patience and knowing they are not the only ones out there. It is a good time for a seller to list a home and get good terms from a buyer if they are willing to acknowledge about a 20% cut from bubble prices.