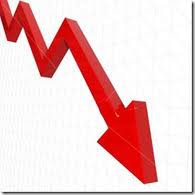 The 15-year fixed mortgage also dropped to a new record, showing the typical lender offering rate was 3.07% this week, down from 3.12% last week and its previous low point of 3.11%, set April 12.

Interest rates are at rock bottom because of the state of the economy and the inflation outlook.

The widely watched Freddie Mac survey, which has tracked 30-year rates for more than 40 years, presumes the borrowers have solid credit and 20% down payments or equity in their homes. It asks lenders what rates they are offering on loans of up to $417,000 to these borrowers assuming they pay less than 1% of the loan amount upfront in lender fees and points.

Borrowers with good credit who shop around frequently obtain slightly better rates than those in the survey. They also can obtain lower rates by paying additional discount points to their lender upfront.
Source: LA Times