Mortgage rates rise at fastest pace of the year

Mortgage rates rose this week at the fastest pace of the year, with lenders offering 30-year fixed-rate loans at an average of 4.23%, up from 4.12% last week. Translated into the terms borrowers actually receive, the increase would mean a loan at 4.25% interest per year instead of 4.125%.

Over the past week I have taken an informal poll of realtors from the Palisades to Westchester and the general sentiment is the market has definitely slowed down.  Listing agents have seen a pick-up in open house traffic in September over July and August, but offer activity has not increased much.
Offers are still being written but not in the aggressive manner we were seeing over the past 18 months in which buyers were willing to pay a strong premium to get a home.  With tight inventory, buyers are still writing offers but closer to the true value of the property.  The higher end ($3 million +) has slowed down the most with some unrealistic sellers and others who want to sell but are having a hard time finding an up-leg property.
We do have a few exceptions.   The price point around $1 million (areas like Westchester, parts of Play Del Rey, Culver City) is still fairly hot with multiple offer activity. However, unless a list price is under market, the offers are close to the true value of the property with a slight premium.
Inventory should continue to pick up (we are still low compared to historical numbers) and with interest rates seeming on a steady climb, the feeling is that price appreciation will be relatively flat in 2015.

Homeowners obviously want to see double digit gains every year. However, price appreciation slowing down and the market becoming balanced is healthy from a long-term perspective.  A 3-5% annual return on a leveraged investment with a tax write-off is still a wonderful thing.  Less volatility over the next seven to ten years is good when you consider homeownership is the largest investment most people make.  Avoiding another major downturn is critical to the overall economy.

Two articles you should read- So Cal market downshift; Tough time for renters

As we have noted on this blog lately, the rapid pace of the market has slowed on the micro markets of the Westside. Last week, the LA Times published an article talking about the subject on broader Southern California terms. Home prices hit their highest level in nearly seven years this summer, but the gains are slowing down and here is an article outlining some of the reasons why.

The sharp increase in home values over the past few years, without wages increasing is making the ability to afford a home in Los Angeles very difficult. Strong investor interest along with international money flooding into the market are a few of the other reasons why it is a struggle for first time homeowners. The frustration for renters is that rents continue to increase while owners are able to take advantage of low interest rates and tax write offs. Check out the informative article below.

Article: The divide between homeowners and renters is growing 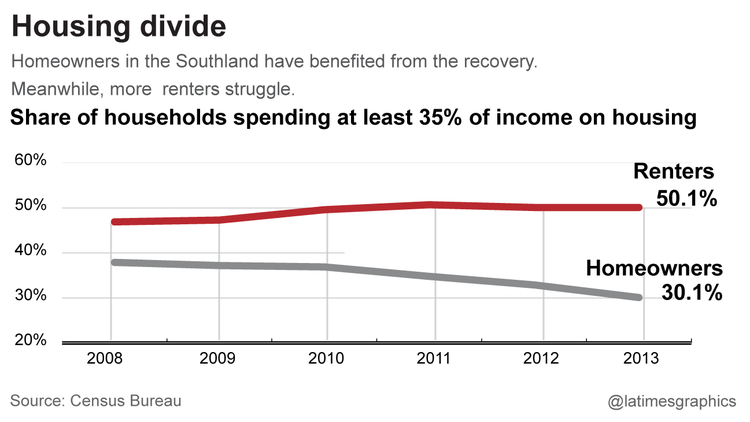 The repair and repaving project of the Moomat Ahiko bridge (connects Ocean Blvd. with PCH North near the Santa Monica pier) is underway as city official expect that it will serve as one of the primary detour routes during the construction of the California Incline Bridge project set to begin in early 2015. That’s right, the main artery providing north and southbound access to PCH from the heart of Santa Monica will be closed for 12-18 months while the incline is properly retrofitted. 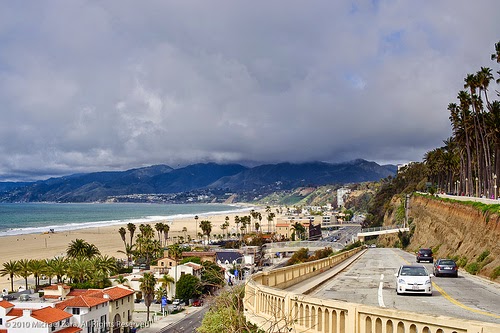 The incline rests on unstable soil and a significant earthquake would likely decimate the incline. The project is expected to take 12-18 months. Construction hours will not be around the clock to maintain the sanity of those living on PCH and Ocean Avenue. However, the hours will be extended to 7AM thru 10PM Monday through Friday and 7AM to 9PM on Saturday.  The extended hours will lead to the project being completed 25% faster than under standard construction hours. A closure of one southbound lane on PCH will be needed during construction.

Between 4pm-7pm, they will provide three northbound lanes, two southbound lanes and left turns will be prohibited.

Between 9pm-5am, two southbound lanes will be closed.

An average of 20,000 cars use the incline daily. To avoid the construction, people will be asked to use Chautauqua in Santa Monica Canyon, and Sunset Blvd. in the Palisades with Moomat Ahiko and Lincoln Blvd. for south Santa Monica.

I can’t imagine what beach traffic will be like next summer when people escape the heat from the mid-city and visit beaches near the Santa Monica and Venice piers. From a real estate perspective, this will not be welcome in Malibu and to a lesser extent the Palisades. 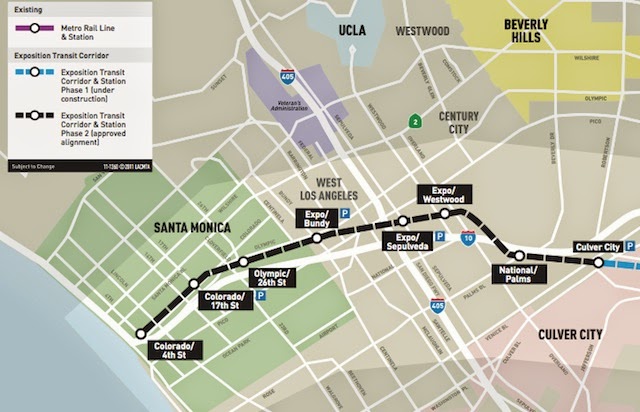 The Expo Light Rail Project, a 15-mile rail line connecting Downtown LA with Santa Monica is expected to be completed in late 2015. The line currently only connects Culver City with Downtown. The extension into Santa Monica will have 7 new stations and it will take 45 minutes to get to Downtown from Santa Monica.

The red hot real estate market that has engulfed the Westside over the past two years is beginning to slow down. We still have multiple offers on well-priced properties and the housing demand is still healthy. However, with some Westside zip codes up over 40% in just 24 months, buyers are proceeding with more caution unless it is a trophy property. Another factor impacting August sales is that many schools started earlier than ever, leaving many families with July as the only viable summer vacation month. This helped lead to less inventory and a smaller pool of buyers to put a home in escrow. Typical escrow periods this year have been between 28-40 days.

Highlight Sales: In July, 1495 Capri Drive sold for $4.88M, after being listed for $3.995M. Almost $1 Million over asking! The 5+5 house measuring at just under 4K sq. ft., has an ideal family floor plan. The location north of Sunset in prime Palisades Riviera, situated on a 18,260 sq. ft., attracted over a dozen serious buyers despite limited showings due to a tenant. The house was built in 1964 and will require some updating. The house was obviously listed under market value to create a bidding process. The buyer paid a strong premium due to the idea location and lot size.

1379 Piedra Morada– This Palisades Highlands 5+6 traditional measuring 4,689 Sq. ft. on a mostly useable 22K lot, also attracted multiple offers from families looking for more space that is difficult to find in the flats (see above). The home has a great floor plan with vaulted ceilings and an exquisite master suite that has the feel of a Four Seasons Hotel. The grounds include a pool, spa, tennis court and grassy area. The property was listed for $2.995M and sold for $3.145M. They received multiple offers within a week of being on the market.

Santa Monica didn’t have quite the fluctuation in sales volume as the Palisades, but it still experienced a decent drop. August saw 22 SFR’s sell (5 over asking) compared to 28 last August. July of this year had 30 sales with a whopping 14 over asking! We are definitely seeing a cooling trend. 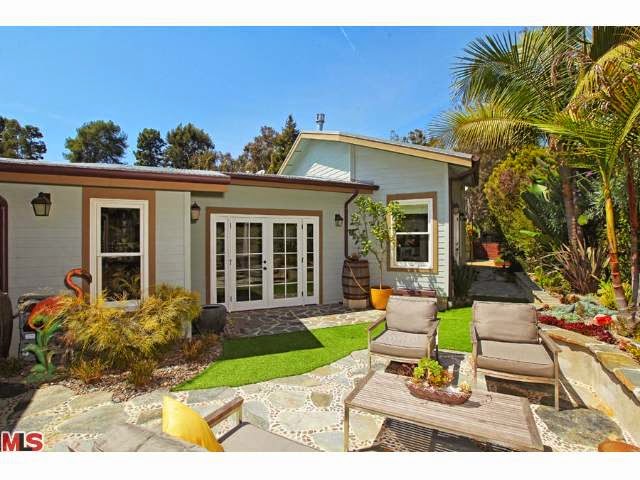 Highlight Sale: 492 East Channel Road, a 3+3, 1,927 Sq. ft. home on a 6,021 sq. ft. lot sold for $2.461M in July after being listed for $2.049M. The beach-chic bungalow in the exclusive Santa Monica Canyon has solar panels and remodeled to be a model of energy efficiency and eco-friendliness. The house was a hit with a young families who created a multiple offer frenzy thanks in part to the home being located in the highly coveted Canyon Elementary attendance area.

Articles you should read- Mortgage rates may be poised to rise and what you should know about appraisals! 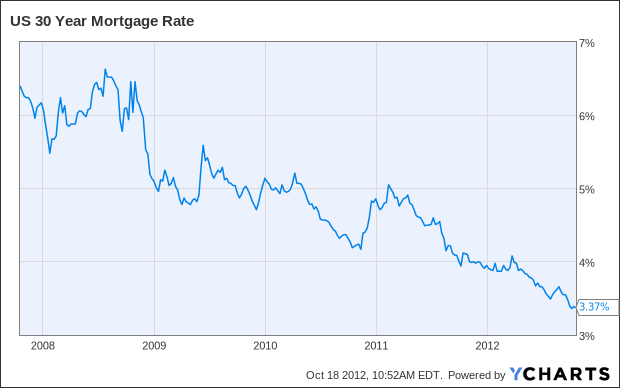 Interest rates have been bouncing around 4% for the past year, but at some point, and fairly soon some forecasters say, these cheap money days will end.  At this time next year, the Mortgage Bankers Association projects, the average interest rate on a 30-year fixed-rate mortgage will be 5.2%, its highest level since early 2010.  However, will that really happen? Check out the full article via the LA Times: Mortgage rates may be poised to rise 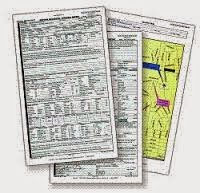 With the strong appreciation in the housing market over the past couple of year, homeowners across the country have begun taking out home equity credit lines at a rapidly accelerating pace.  Check out the article via the LA Times: Equity credit lines are making a comeback